Let's keep it simple: Ultraviolet light therapy exists. It's a thing. President Trump inarticulately referred to it at a White House press briefing on April 24, and many pundits reacted as if he had suggested bleach could be ingested to treat COVID-19. He said no such thing, yet ordinary Americans bought the hoax just as they have bought previous anti-Trump hoaxes. But this time the forces aligned against Trump went even further. A video that explains how the therapy has been used and how it's being tested was censored by YouTube, Facebook, Vimeo and Twitter. The video makes no claim as to efficacy concerning COVID-19. To the contrary, a graphic displays stating: "Proposed prototype device depicted. This has not been reviewed by the FDA. Currently not indicated for treatment of COVID-19."

New York Times "tech and disinformation" reporter Davey Alba was so disturbed by news of medical research confirming that Trump mentioned a therapeutic treatment with real potential, she persuaded YouTube to delete the video, and bragged about it on Twitter. 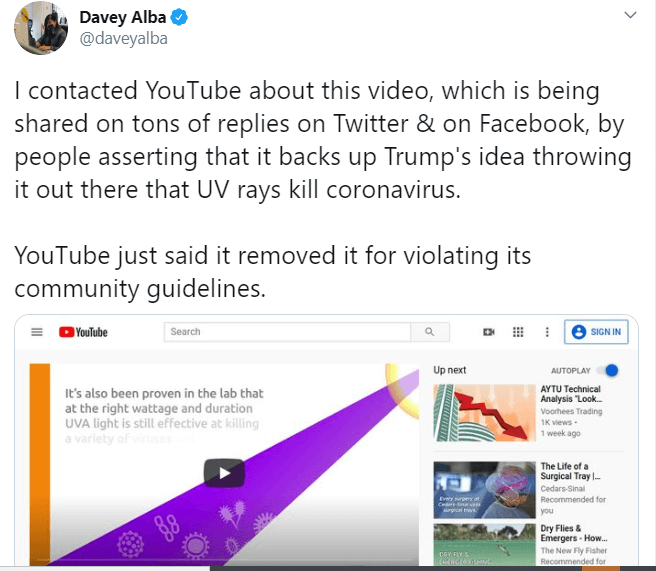 As a result of the video's disappearance, it is now more difficult to counter the hoax that Trump touted some imaginary or bizarre remedy, although The Washington Times, one of the few media outlets not afflicted with Trump Derangement Syndrome, reported straightforwardly:

...the pharmaceutical firm Aytu BioScience announced on April 20, four days before the Trump remarks, that it has signed an exclusive licensing deal with Cedars-Sinai Medical Center in Los Angeles. The center has developed and is testing a UV-A 'Healight' designed to be inserted via a catheter inside the trachea to kill pathogens, including the coronavirus...Ultraviolet, or UV, light is commonly used by physicians to treat skin diseases. Cedars-Sinai says UV-A phototherapy potentially could be employed in internal organs...At Thursday’s White House pandemic task force briefing, Mr. Trump talked of possible future therapies. On the dais, William Bryan, acting director of the Department of Homeland Security’s science and technology sector, briefed reporters on how UV light can kill surface viruses. Mr. Byran also spoke of experiments with bleach and isopropyl alcohol eliminating viruses in expelled saliva and respiratory fluids.

Here are Trump's comments followed by the banned video, which I downloaded from the Aytu BioScience website and then posted to BitChute, which does not censor legal content. 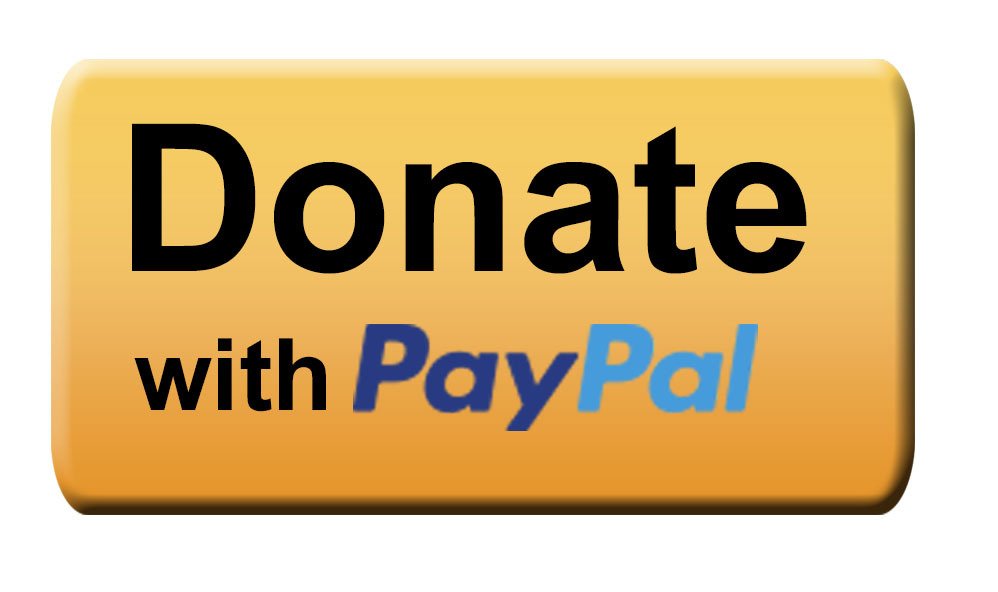