When Did COVID-19 Really Arrive In U.S.?

I had COVID-19 symptoms in December and January for about five weeks. It started with severe fatigue the first week. I slept most of each day during that period. Then my energy returned, and in the following four weeks my symptoms fluctuated between mild, intermittent shortness of breath, runny/stuffy nose and a dry cough. I also had achy legs and a fever of about 100 for three or four days. A flu test I took came back negative, blood tests revealed nothing and a chest x-ray showed healthy lungs. Doctors never diagnosed it as anything other than "probably some virus." Now comes a report by UncoverDC investigative journalist Tracy Beanz who analyzed statistics published by the Centers for Disease Control and Prevention (CDC) that give credence to copious anecdotal evidence of COVID-19 spreading throughout the United States in the fall of 2019:

It is clear from the CDC data that a number of states in the country experienced an onslaught of [influenza-like illness] beginning in November of 2019, much earlier and much more substantive than the four previous years. UncoverDC received almost 1,000 responses from Americans who have experienced a “COVID-like” illness in the months before the pandemic was declared and the US government began implementing measures to “flatten the curve”. The majority were tested for flu, with results coming back negative. Many of them fought through it on their own. Some were hospitalized.

The implications of this are many. If many more people than originally thought have already had this virus, and survived, it means that Americans in those areas are likely able to return to normal life. It gives us a broader data set to look at in terms of fatality, length of illness, treatment measures, etc.

Patients who have recovered from COVID-19 might be the key to treating those who are or will become sick from the virus. The Mayo Clinic is conducting research with blood from such people. The results could spur an economic rebound and a return to something resembling normalcy.

One caveat: Some of my symptoms returned about 10 days ago for a week, but this time they were much milder, and there was no fever or achiness. Of course it's possible I didn't actually have the dreaded virus one or both times, but I definitely was vexed by telltale symptoms. The uncertainty underscores how important it is to pay close attention to everyone in my category, and for intensive research to accelerate forthwith. 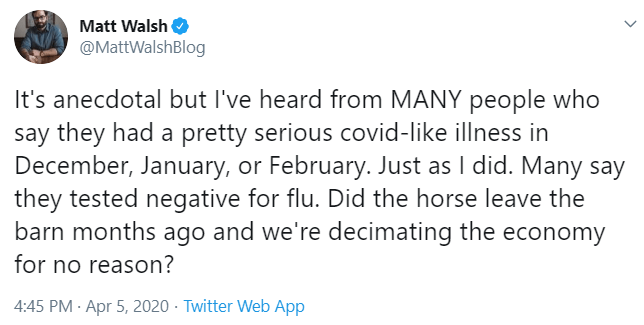 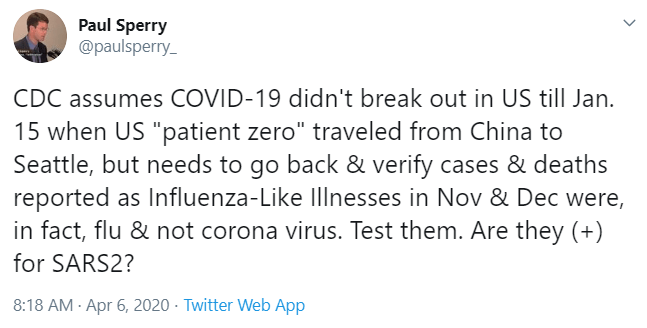 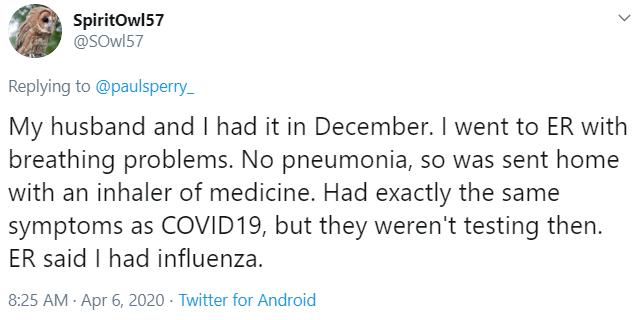